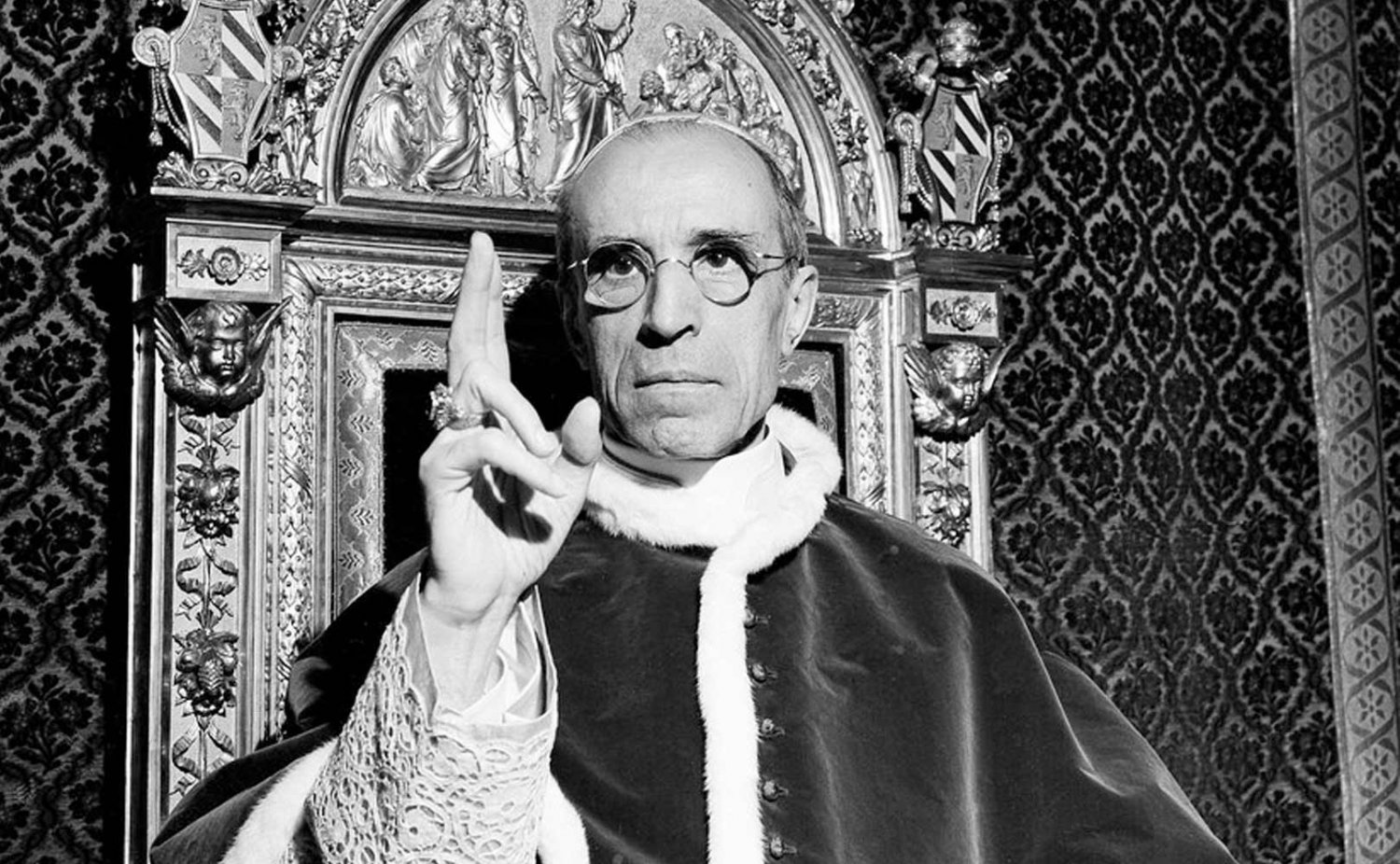 In 1952 Pope Pius XII said the following, in a public address recorded among his official acts:

Even when it is a question of the execution of a condemned man, the State does not dispose of the individual’s right to life. In this case it is reserved to the public power to deprive the condemned person of the enjoyment of life in expiation of his crime when, by his crime, he has already disposed himself of his right to live.

In 2017 Pope Francis spoke, in a not dissimilar context:

It must be clearly stated that the death penalty is an inhumane measure that, regardless of how it is carried out, abases human dignity. It is per se contrary to the Gospel, because it entails the willful suppression of a human life that never ceases to be sacred in the eyes of its Creator and of which – ultimately – only God is the true judge and guarantor.

It is necessary, therefore, to reaffirm that no matter how serious the crime that has been committed, the death penalty is inadmissible because it is an attack on the inviolability and the dignity of the person.

What can the Ultramontanists, those with an exaggerated view of papal authority so prominent in the debate over Amoris laetitia, make of this situation?

Presumably, in 1952 all good Ultramontanists said that, because the Pope had said so, it follows that it is true that the death penalty is not only permissible, but for sufficiently serious crimes, uniquely appropriate. (What else does it mean, to say that a criminal has ‘disposed’ of his ‘right to life’?)

Today, in 2017, all good Ultramontanists are saying that, because the Pope has said so, it follows that it is false that the the death penalty is ever permissible.

Now, the official Ultramontanist line is that Papal authority, being supreme and (for practical purposes, always) infallible, can never be self contradictory. But between these two papal statements there is a contradiction as plain as the nose on your face. The suggestion that the 2017 statement is a ‘development’ or ‘clarification’ of what was said in 1952, or that is draws out implications of this and other expressions of the Church’s teaching on capital punishment over the centuries, is not something one needs to haggle over. It is simply insane.

But for those who wish to haggle, a simple test of the development of doctrine is to ask if later authors can continue to accept earlier expressions of a doctrine as being true. Thus, we find the discussion of grace in Augustine lacking some distinctions developed by later authors and used in dogmatic statements, but Augustine is not for that reason wrong, and what he writes is not, with hindsight, heresy. It might on occasion be misleading to quote Augustine on grace, but one need not disavow him. In this case, by contrast, it is evident that Pope Francis disagrees with Pope Pius XII: they can’t both be right.

But if people would have been wrong in 1952 to throw themselves on their faces before Pius XII and agree with what he said about capital punishment, just because he’d said it, then the hideous possibility must exist that people may be wrong to agree with everything that Pope Francis says in 2017, just because he’s said it.

Pope Francis’ statement, by so simply and so clearly contradicting his predecessor of 65 years ago, demonstrates the falsity of Ultramontanism in a way I would never have thought possible. We may point out to the Ultramontanists that the contradiction of one Pope by another on a matter of faith and morals is possible, given the fallibility of most of their pronouncements, even when they are giving every appearance of exercising their teaching office (let alone when they are talking off the cuff on aeroplanes, or writing private letters), but usually Popes are far too careful in preparing their public remarks to allow this to happen, except in the most subtle and tacit way. But Pope Francis has done it. The game is up.

Ultramontanism as a practical guide for Catholics only works, insofar as it can work at all, in times of great stability. At times like the present, it is self-contradictory and absurd. After Pope Francis’ statement on the death penalty, no Catholic with intellectual integrity can continue to hold it.

Of Pope Francis’ statement, to put it mildly, this cannot be said.

Note: the liceity of capital punishment is the first of the propositions discussed in the Appeal to Cardinals of the 45 Theologians, which gives more references.

Cardinal Dulles gives a thorough account of the teaching of the Church on First Things here.

This essay first appeared at Rorate Caeli. It has been reprinted with the author’s permission.