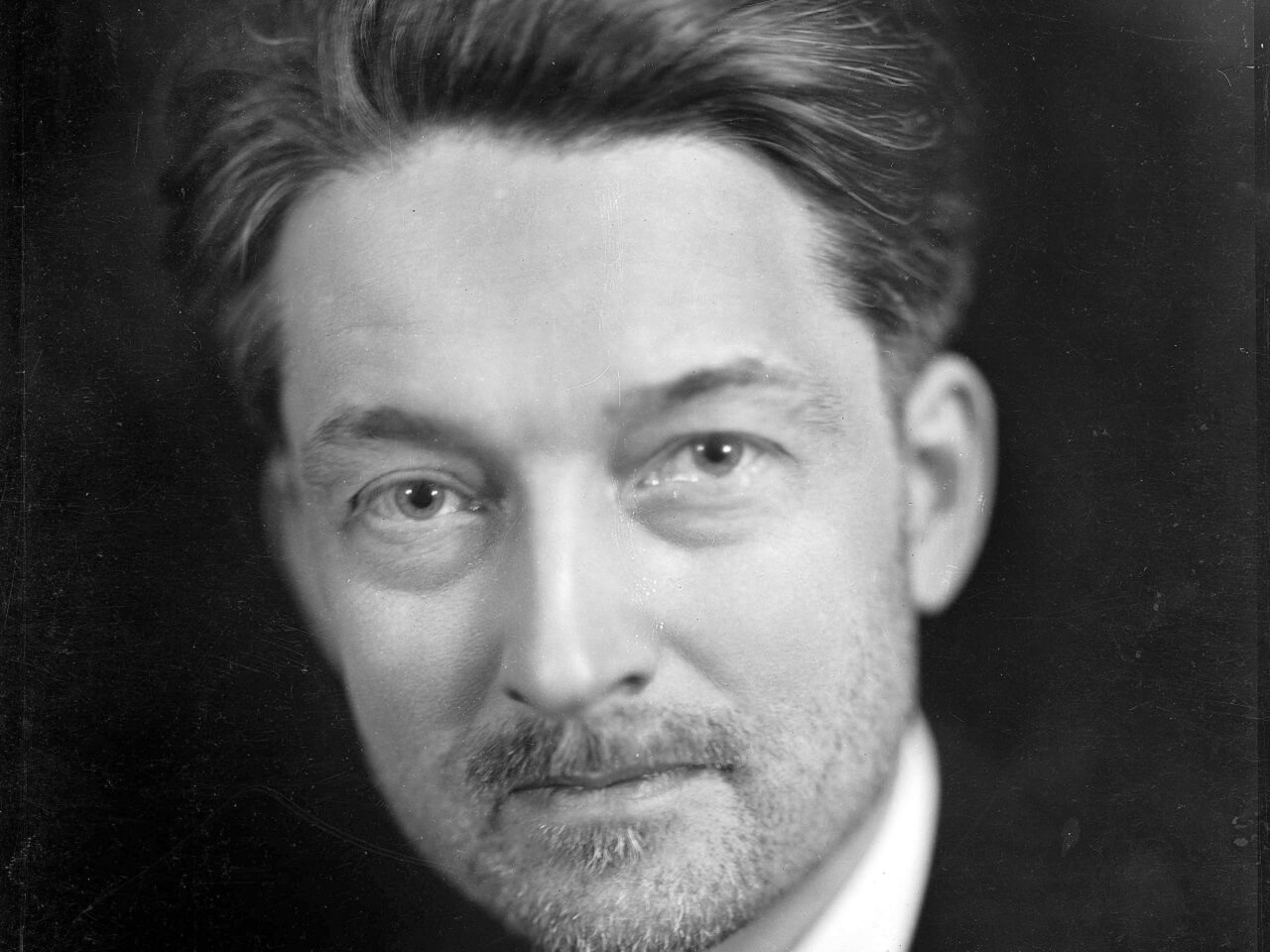 There is no question that Jacques Maritain has had a profound impact upon Catholic intellectual life. Notre Dame sports its Jacques Maritain Center; then-senator Kennedy quoted Maritain during an address to Assumption College; Pope Paul VI described Maritain as a “master.” Along with Etienne Gilson, Josef Pieper, G.K. Chesterton, and others, Maritain served Saint Pius X’s Thomistic initiative by acquainting the modern Catholic layman with the Angelic Doctor, arguing persuasively that Aquinas’s teachings might be applied to the burning questions of the day. In The Very Rich Hours of Jacques Maritain, renowned Thomist Ralph McInerny sums up the most positive features of Maritain’s legacy by emphasizing Maritain’s gifts as a mentor, his boundless energy, his zestful pursuit of truth, his warmth:

Of course, [Maritain’s] influence continues to be felt, but to have read him first at the halfway point of the twentieth century was to read one of the main reasons for that golden period of Catholicism. What an incomparable blessing to be introduced to philosophy by a thinker who was both a superb philosopher and a paradigmatic Christian philosopher. How shallow by contrast seem the lives of the secular philosophers who were Maritain’s contemporaries!

The lives of Russell and Wittgenstein and Heidegger make melancholy reading; whatever insights one finds here and there in their work, there is absent any satisfying sense of the ultimate point of human life. The great questions, secularized, become trivial: markers in a game. How many modern or contemporary philosophers would one want to be alone with in an elevator, let alone in conversation for half an hour? Such judgments may be severe, but they suggest the contrast with Jacques Maritain. First and foremost, one encounters a person of whom one can say: How I would like to be like that!

Reared a Protestant, the Paris-born philosopher so esteemed by McInerny had a long philosophical trek to make before arriving at the Church. This trek carried him from scientific naturalism to the vitalist philosophy of Henri Bergson and eventually into marriage with fellow intellectual Raissa Oumansoff. Two years following their wedding, Raissa and Jacques converted, and from there on out, Maritain found his voice as a scholar-teacher, first lecturing at the Institut Catholique, then the Pontifical Institute of Medieval Studies in Toronto. His initial involvement with the secular reactionary group l’Action Française came to an end when the movement was censured by Pius XI, and so he sought out other outlets for his desire to effect positive change in the world. He eventually wound up crossing the Atlantic to work at Princeton and Columbia, where he became a great admirer of the American democratic spirit. Maritain’s hope was to channel the better impulses of modernity through endeavors such as the United Nations Declaration of Human Rights.

He is best known for his theory of personalism, which represents his attempt to bring the doctrine of St. Thomas to bear upon the modern experience. While rejecting the statist forms of totalitarianism in fashion during the 20th century, Maritain also understood that an individualist free-for-all is not a sane formula for living, either. For Maritain, the issue might be summed up by pointing out the dangers of the false dichotomy that would pit the community against the individual:

Does society exist for each one of us, or does each one of us exist for society? Does the parish exist for the parishioner or the parishioner for the parish? This question, we feel, immediately involves two aspects, in each of which there must be some element of truth. A unilateral answer would only plunge us into error. Hence, we must disengage the formal principles of a truly comprehensive answer and describe the precise hierarchies of values which it implies. The Nineteenth Century experienced the errors of individualism. We have witnessed the development of a totalitarian or exclusively communal conception of society which took place by way of reaction. It was natural, then, that in a simultaneous reaction against both totalitarian and individualistic errors the concept of the human person, incorporated as such into society, be opposed to both the idea of the totalitarian state and that of the sovereignty of the individual.

In Maritain’s view, a social philosophy “centered in the dignity of the human person” had to be distinguished from “every social philosophy centered in the primacy of the individual and the private good.” Here we must note that Maritain did not regard the words individual and person as synonyms. Where “individuality” signifies “the material pole,” where “the individual become the center of all,” “personality” signifies “the spiritual pole, the person, source of liberty and bountifulness.”

Thus, an individualistic society is exemplified by social atomization, alienation, and a dog-eat-dog mentality, even as a society based upon personhood is, as Maritain saw America at its best, “a swarming multiplicity of particular communities, self-organized groups, associations, unions, sodalities, vocational and religious brotherhoods, in which men join forces with one another at the elementary level of their everyday concerns and interests.” For Americans in particular and the world in general, Maritain recommended that “the myth of the democracy of the individual” give way before “the democracy of the person.”

For all Maritain’s opposition to the alienating trends of individualism, there were those who accused him of being something of a liberal individualist himself. In one of the most succinct summaries of his thought, “The Person and the Common Good,” Maritain defended his reading of Aquinas from potential critics, such as Charles de Koninck and other rival Thomists of the Laval school. At stake in Maritain’s debate with alternative readers of Saint Thomas, who put greater emphasis than did Maritain upon the common good, was “the very message of Christian wisdom in its triumph over Hellenic thought and every other pagan wisdom, henceforth toppled from their dominion.” For “St. Thomas Aquinas, following the precedent set by Albert the Great, did not take over the doctrine of Aristotle without correcting and transfiguring it,” Maritain notes. He goes on to cite from the article “In Defence of Jacques Maritain,” written by one of his supporters, Ignatius T. Eschmann, O.P.:

The most essential and the dearest aim of Thomism is to make sure that the personal contact of all intellectual creatures with God, as well as their personal subordination to God, be in no way interrupted. Everything else — the whole universe and every social institution — must ultimately minister to this purpose; everything must foster and strengthen and protect the conversation of the soul, every soul, with God. It is characteristically Greek and pagan to interpose the universe between God and intellectual creatures.

The insinuation here seems to be that at least some of Maritain’s opponents were acting as Hellenizers, insofar as they placed too much emphasis upon the common good and not enough upon the person.

For whatever it may be worth, the author of the present article is wholly in sympathy with Maritain’s stated aim of finding a golden mean between “the idea of the totalitarian state” and the liberal “sovereignty of the individual.” What is dubitable is whether Maritain achieved his aim, or whether his vision stands in need of serious remedial treatment. Nor is any quixotic fixation with monarchy necessary in order to challenge Maritain’s excessive emphasis upon democratic culture, since even in the American context we may find some of the Founding Fathers themselves expressing grave concerns regarding democracy.

Moreover, Maritain’s pursuit of dialogue with democracy-minded liberals, leftists, and revolutionaries was so zealous that it prompted his contemporary Daniel Sargent to complain sharply. “You seem to prefer [unbelievers] over Catholics, and with these people you have constantly denounced Catholic errors,” Sargent wrote in a letter to Maritain. “Today the Harvard leftists think that you are one of them, and that your membership in the Church is incidental.” In her introduction to a biography of the Austrian statesman Engelbert Dolfuss, Dr. Alice von Hildebrand accused Maritain of having “slandered” Dolfuss for the latter’s supposedly heavy-handed treatment of a socialist uprising. Hildebrand even went so far as to characterize as “treasonous” the way in which Maritain had turned upon Dolfuss, insofar as Maritain’s condemnation had undermined the chancellor’s attempt to fix Austrian sovereignty and independence upon Catholic foundations.

Less polemical observations about Maritain come from the Hungarian-American thinker Thomas Molnar. Yet although he clearly respected Maritain as “a man of charity,” who had often revealed himself to be “a remarkably sober thinker,” even Molnar felt obliged to add that Maritain had expressed Catholic philosophy “not simply in its orthodox form,” but “rather as a Thomism gently nudged toward leftist sympathies.” The fundamental weakness in Maritain’s thought, contended Molnar, is that like other modern thinkers he “posited a vast evolutionary impulse, a rise of man’s consciousness which is irresistible.” This irresistible evolutionary impulse is supposed to have given rise to the modern faith in democracy, leaving anyone skeptical of said faith — much less opposed — on the “wrong” side of history. Such an outlook reflects the quintessential liberal gestalt.

Perhaps an even more fundamental problem pertains to the puritanical 20th-century tendency to purge the Greco-Latin inheritance from the Christian faith. To be sure, Maritain speaks appropriately of “correcting and transfiguring” pagan wisdom in one breath, yet in the very next he talks of “triumphing over” and “toppling” it. If the former expression suggests nature’s fulfillment and regeneration through grace — evoking as it does the Thomistic dictum gratia non tollat naturam, sed perficiat — the latter expressions have a decidedly aggressive ring and seem to have slipped into Maritain’s discourse via equivocation. “Correcting” is not “triumphing over”; “transfiguring” is not the same as “toppling.” By the same token, it is worth noting that Maritain countenances the phrase “Greek and pagan,” even though the two adjectives in question are no more synonymous than are “Arab” and “Islamic.” The New Testament is itself written in Greek, after all, and to try to describe in any detail the thought of Saint Augustine without ever alluding to Platonism is rather like trying to understand Dante without making any reference to Virgil. For that matter, with regard to Father Eschmann’s dig about paganism, Maritain’s opponents could just as easily have retorted that it is characteristically gnostic and Protestant to understate the spiritual significance of community, authority, and institutions.

To be sure, we should lightly dismiss neither McInerny’s personal praise of the man nor Maritain’s enormous and impressive body of work on everything from aesthetics to metaphysics. Nor should we forget that throughout his life, Maritain unambiguously aligned himself with the Magisterium, even when pronouncements such as Humanae Vitae offended his secularist friends. Even were Maritain’s far-reaching thought entirely devoid of merit — and to be clear, nothing in this essay is meant to suggest that — it would be foolish to foist upon a solitary academic the blame for the enormous disorders currently found in the Church.

At the same time, it is also true that today’s Catholic intellectual is in some sense the descendant of Maritain, so we might look to Maritain’s idealization of worldwide democratic progress for a partial explanation for some of the bizarre behavior of certain out-of-touch Catholic intellectuals. Here I refer to those who tortured Christian ethics to get politically expedient answers regarding pre-emptive war in Iraq, rushed to condemn the Covington Catholic students, and are much quicker to ally themselves with emerging Muslim enclaves within the West than to acknowledge their own working-class co-religionists’ legitimate anxieties regarding globalization and mass immigration.

If we are to honor Maritain’s dauntless spirit of inquiry, we must at least consider the possibility that certain aspects of his influence have contributed to the distortion of Thomist thought, as well as to the co-opting of authentic Catholic ideals by globalist ideology. In the words of one scholar, Maritain aspired “to articulate an updated Thomism that is acceptable to moderns.” To many of us, it looks as if this compromise with Enlightenment modernity may have demanded too high a price.