As Eric Sammons announced a few weeks ago, OnePeterFive has been acquired by Crisis Publications and we intend to continue the mission of rebuilding Catholic culture and restoring Catholic tradition. We seek to obey the command of the Blessed Apostle to be rigidly traditional (II Thess. ii. 15), yet also to rebuild Catholic culture, piece by piece, according to the words of Pope St. Pius X:

We must repeat with the utmost energy in these times of social and intellectual anarchy when everyone takes it upon himself to teach as a teacher and lawmaker—the City cannot be built otherwise than as God has built it; society cannot be setup unless the Church lays the foundations and supervises the work; no, civilization is not something yet to be found, nor is the New City to be built on hazy notions; it has been in existence and still is: it is Christian civilization, it is the Catholic City. It has only to be set up and restored continually against the unremitting attacks of insane dreamers, rebels and miscreants. OMNIA INSTAURARE IN CHRISTO (Notre Charge Apostolique).

Today the Church and the world are indeed filled with “insane dreamers, rebels and miscreants” seeking to build the City of Man instead of the City of God. What Pius XI said in 1937 against their New Tower of Babel is no less true but rather confirmed and vindicated today:

They wished to build other social edifices which, powerful and imposing as they seemed at first, all too soon revealed the weakness of their foundations, and today are crumbling one after another before our eyes, as everything must crumble that is not grounded on the one corner stone which is Christ Jesus (Divini Redemptoris, 38).

Today we see many bishops and world leaders seeking to build on a foundation other than Christ Jesus. But this too, like every other City of Man, will soon be revealed as a house built upon sand (Mt. vii. 24-29). We ask you to join your prayers to the work of OnePeterFive, that God may grant us the grace to truly rebuild and restore according His will, and not our own; for His glory, and not our own. Not to us, O Lord, not to us; but to thy name give glory (Ps. cxiii. 9).

If you have any means, please become a financial supporter of this effort. All donors will have Masses said for their intentions. Many families are facing difficulties in our time, and we intend to do our part, by grace, to build the City of God while everything else is crumbling.

At this time we have assembled an editorial board who will be contributing, guiding and shaping this project. These are lay leaders, fathers, scholars who seek to restore the vocation of the lay order for Christendom. We also have a number of priests involved to help in restoring the spiritual power of Christendom. It is crucial that these two powers, the lay and the cleric, form the organic bond once more that existed “before Church and state,” as Mr. Andrew Willard Jones elucidates. More on this below. For now, we introduce the lay leaders of this project, and ask you to keep us in your prayers for the mission of this journal.

Timothy Flanders is the author of City of God versus City of Man: The Battles of the Church from Antiquity to the Present, which is forthcoming, and Introduction to the Holy Bible for Traditional Catholics. His writings have appeared at OnePeterFive and Crisis, as well as in Catholic Family News. In 2019 he founded The Meaning of Catholic, a lay apostolate dedicated to uniting Catholics against the enemies of Holy Church, as well as its imprint, Our Lady of Victory Press. He holds a degree in classical languages from Grand Valley State University and has done graduate work with the Catholic University of Ukraine. He lives in the Midwest with his wife and four children.

Dr. Peter Kwasniewski was the first writer published at OnePeterFive since its founding and has contributed over one hundred and fifty articles to the journal over the years, besides numerous other Catholic publications both popular and academic including New Liturgical Movement, LifeSiteNews, The Remnant, and Catholic Family News. He is a graduate of Thomas Aquinas College and The Catholic University of America and has taught at the International Theological Institute in Austria, the Franciscan University of Steubenville’s Austria Program, and Wyoming Catholic College, which he helped establish in 2006. He is also a composer of sacred music. He now works full time dedicating his life to the articulation and defense of Catholic Tradition in all its dimensions. He has published thirteen books, including Reclaiming Our Roman Catholic Birthright: The Genius and Timeliness of the Traditional Latin Mass (Angelico, 2020), The Ecstasy of Love in the Thought of Thomas Aquinas (Emmaus, 2021), and Are Canonizations Infallible? Revisiting a Disputed Question (Arouca, 2021). His work has been translated into at least eighteen languages. Visit his website at www.peterkwasniewski.com.

Dr. Michael Sirilla has been involved with OnePeterFive since its founding. In 2017 wrote a short treatise (“On the Moral Liceity of Publicly Correcting the Pope”) which in many ways forms the moral framework for our writing at OnePeterFive. He is the professor of dogmatic and systematic theology at the Franciscan University of Steubenville. A Thomist in the Dominican interpretive tradition, he holds his PhD in Systematic Theology from the Catholic University of America. He has a special research focus in fundamental theology, ecclesiology, and theology of the episcopacy. He is the author of “The Ideal Bishop: Aquinas’s Commentaries on the Pastoral Epistles,” published by The Catholic University of America Press (2017). He is married with seven children.

Eric Sammons, father of seven, is the Executive Director of Crisis Publications. He is the author of eight books, including Deadly Indifference: How the Church Lost Her Mission and How We Can Reclaim It. He has contributed 100 articles to OnePeterFive, as well as publishing at Catholic Answers, Crisis Magazine, The Federalist, CatholicVote, and Bitcoin.com.

Dr. Joseph Shaw is the editor of one of the most important texts on the Roman Rite in our times, The Case for Liturgical Restoration: Una Voce Position Papers on the Extraordinary Form (Angelico Press) forward by His Eminence, Raymond Cardinal Burke. He has a Doctorate in Philosophy from Oxford University, where he also gained a first degree in Politics and Philosophy and a graduate Diploma in Theology. He has published on Ethics and Philosophy of Religion and is the Chairman of the Latin Mass Society of England and Wales and Secretary of Una Voce International. He teaches Philosophy at Oxford University and lives nearby with his wife and nine children.

Kennedy Hall is the author Terror of Demons: Reclaiming Traditional Catholic Masculinity and Lockdown with the Devil, a novel published by Our Lady of Victory Press. He is a writer at Catholic Family News, LifeSiteNews and is the host of the Conservative talk-radio show, The Kennedy Report. He is married with four children and lives in Ontario, Canada. Charles A. Coulombe is a contributing editor for OnePeterFive. He is the author of many books, most recently Blessed Charles of Austria: a Holy Emperor and His Legacy, as well as Puritan’s Empire: A Catholic Perspective on American History, Vicars of Christ: a History of the Popes, with A Catholic Quest for the Holy Grail. His writings have appeared at the Catholic Herald, Crisis, The European Conservative and he also has his own podcast with Mr. Vincent Frankini. 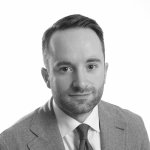 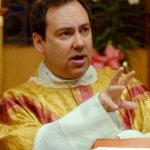